This month the third graders studied the effects of erosion by observing it under three different mini environmental conditions. They had had an introduction to the concept of different forms of erosion earlier in the week. Their teacher, Atasi Das, reviewed their observations of the effects of wind and water on sand. Then we began a new experiment, using three cutoff  clear plastic bottles and the tops of three other bottles. 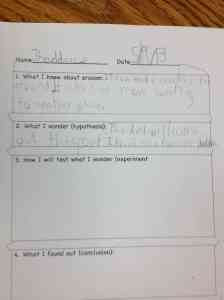 A small group of growing basil plants was fit into the first bottle. In the second bottle, forest floor matter was spread on top of potting soil. The third bottle contained only potting soil. Students were asked to discuss what they thought would happen if an equal amount of water were poured through each environment. They wrote about what they knew and what they wondered about this activity. They predicted what they thought they might observe when the water drained off.

Then their teacher, Atasi, poured water into each environment. You can see the results in the bottle tops that caught the ‘runoff.’ Students formed their conclusions about how to protect earth from water erosion. 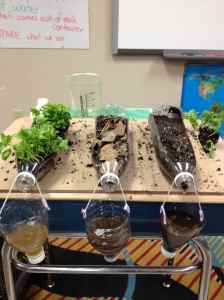 These curious and thoughtful students are also running an experiment in lettuce growing. Each student has adopted two lettuce plants: one that was started at Harlow Farm and one plant that was started by the After School Program. At least once a week they walk out to the school garden to measure and record changes in their plants. One student noticed that his plant had grown from 3 3/4 inches to 4 1/4 inches tall. He computed the amount of growth that had occurred in a week. 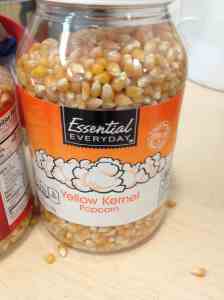 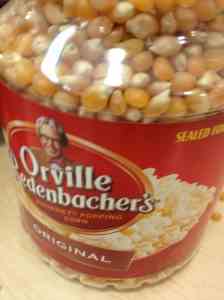 Where does your popcorn come from and does that make a difference? The fourth grade scientists were at it again last week. They conducted a blind taste test of three varieties of popcorn. Westminster Organics was matched against the great Orville Redenbacher and Shaw Supermarket’s finest. Without knowing which was which, students had to use at least three descriptive adjectives in their written  observations. Then they tried each for taste and texture……warm overtones of earthiness, anyone? After testing all three, each student voted on his/her own favorite popcorn. The results of each class are listed below. In one class Shaw’s was the top choice; in the other fourth grade, Harlow’s Organic popcorn won by a whisker! This is a fun experiment to try with your family. 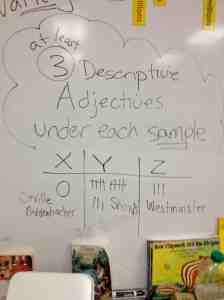 In an earlier post, our fourth graders took a spring field trip to the Harlow Farm. They saw an antique popcorn kernel remover, still in operation. They also saw an innovative way of storing popcorn in a ‘sealed’ container that allowed for the airflow that popcorn kernels need for curing. We went back to school and tried to replicate this storage design. I predrilled holes in the PVC pipes after precutting them. I also drilled holes  the mini rubber trash container. A team of fourth graders put their heads together to figure out assembly of our own school popcorn storage unit. The way they worked together was impressive! 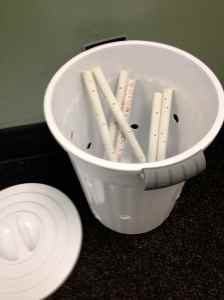