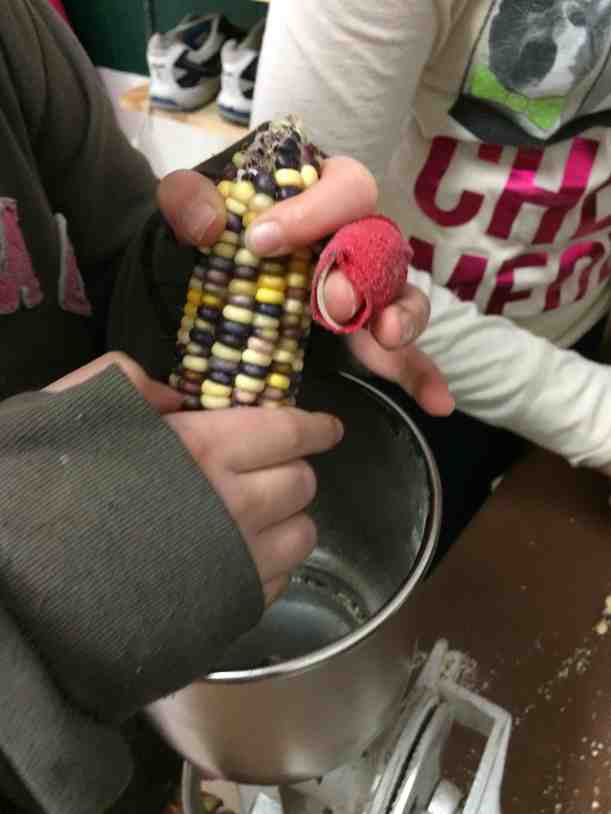 If you could look down into this hand crank mill, you would see an auger-like screw that feeds the hard flint corn kernels into the two grinding plates. Students in the fifth grade learned how this machine works and compared it to familiar uses (like the auger used to drill holes for ice fishing, or a farm combine). A quick ancient history lesson and a new/old term for the machine: the “Archemedean Screw,” accompanied a short physics lesson:

The Archimedean screw is an example of simple machine application that has survived the ages to fit diverse products in the modern era. Historians date the first evidence of Archimedean screw use around 250 B.C., and it is so-named because tradition suggests it was invented by the Syracusan natural philosopher and scientist Archimedes.

Archimedean screws are generally used to transport material. An irrigation system is a good example of this mechanism. A screw can be positioned over a reservoir. When it spins, water is pushed up the length of the screw to the end of the threads, where it is deposited, generally over an arid, planted land. Other liquids use Archimedes screws as well. A combine, which is used on farms to harvest crops like grains and hay, is essentially a horizontal Archimedes screw that grabs the plants from the ground and feeds them into a container. In these instances, an Archimedes screw will be called a “screw conveyor,” but it is basically the same.

While they played with the name ‘Archemedean,’ fifth graders helped each other to hold the mill in place. Together they ground more than enough flint corn from our garden to make cornbread for their class. The recipe follows: 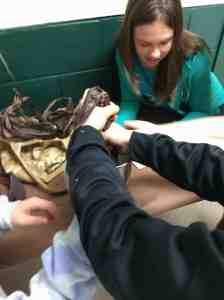 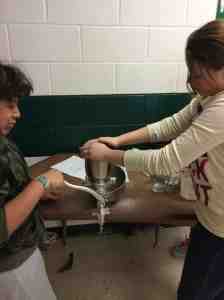 keeping the meal in the bowl 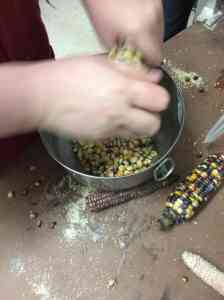 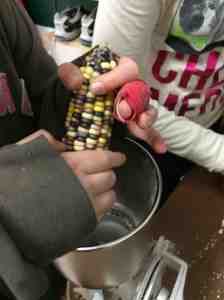